Welcome to our second episode of “Value in Open”, a podcast by MeiliSearch about how to do open source as a living. Today I’m speaking with Mats Alm and Jan Källman. They are brothers, and together they have created a company around EPPlus, which is... 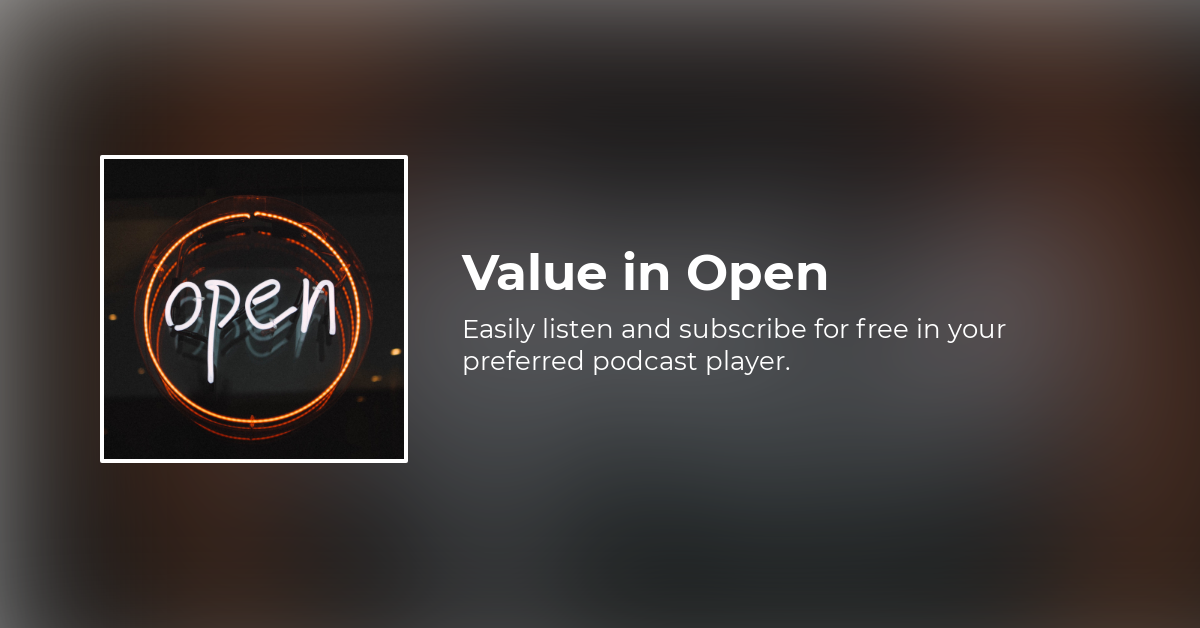 Quickly and easily listen to Value in Open for free!

Welcome to our second episode of “Value in Open”, a podcast by MeiliSearch about how to do open source as a living. Today I’m speaking with Mats Alm and Jan Källman. They are brothers, and together they have created a company around EPPlus, which is a spreadsheets library for the .NET ecosystem.

EPPlus started out as a regular, open source library, using the LGPL license. But Mats and Jan ran into a classic problem in open source: They made something so popular that it became unsustainable for them to keep developing it as a trivial side project. Faced with the options of either leaving the project or going all-in, they chose the latter. But the way in which they achieved sustainability is quite unconventional by current-day standards.

They didn’t have a product that they could naturally build a commercial service offering around. And their product was so easy to use that there was no point trying to charge for support. The path of least resistance for them, was to put a price tag on their code. No fancy workarounds. Just write code and sell it, using the PolyForm NonCommercial license, which you can read more about in the show notes.

Current-day open source licenses are code-first, developer distant second. They do not take the developer’s well being into account. Standard open source licenses don’t try to set the developer up for success; their only concern is ease of adoption for the code , at any cost. I’m speaking here as someone whose personal idea of a license utopia is a world where the vast majority of software exists under MIT style, permissive licenses. That’s the end-game I wish for. But I firmly believe that getting there will require a mix of licenses that challenge and expand our idea of openness.

Open source has an exploitation problem. The largest companies in the world have figured out how to extract massive amounts of value from open source creators without contributing a fair share back. For non-commercial users, PolyForm NonCommercial functions much like any other open source license. Source code is available and it can be modified and redistributed. Only for commercial users do the rules change. Only the people who are using EPPlus to make more money have to pay for it. There is a beautiful simplicity to that.

Is this license the solution to all our problems? Not at all. Will it fit every open source project? Nope. Is it a good fit for EPPlus? With enough income to pay for two full-time developers, I would call it a raging success! Please keep an open mind, and enjoy the episode.

I cannot overstate how important this story is for open source sustainability. This isn't "open source" in the traditional sense, but open values are very much intact. twitter.com/meilisearch/st…

Our second episode of https://t.co/7BICtF8kno tells the amazing story of EPPlus and how they used the PolyForm NonCommercial license to become an entirely self-sustaining 2-person team making open software for a living. https://t.co/xKQdm24YFk

As I tried to emphasize in the tweet above, I think this story is very necessary for the ongoing dialog about open source sustainability. Simply putting a price tag on the work you’ve done and actually making ends meet is nearly unheard of in open source.

I sincerely hope the PolyForm licenses not being “OSI Open Source” won’t detract from the conversation that should be had here: While maybe not yet perfect enough for an open source idealist, what Mats and Jan have accomplished looks very close to the type of world I want to live in. Rather than having to sell their future (support, services, updates et.al.), they get to sell the sizable work investment of their past leading up to present time.

This is an awesome story, Erlend.

I also think this is necessary; we don’t talk a lot in the ecosystem about selling code directly, because it isn’t “open source”. That doesn’t mean it doesn’t solve problems for the creators, who may go on to open source adjacent projects.

Simply putting a price tag on the work you’ve done and actually making ends meet is nearly unheard of in open source.

By definition, yes, it is unheard of. It’s not open source.

By definition, yes, it is unheard of. It’s not open source.

You can sell exceptions to code licensed under the GPL, LGPL, AGPL, among others.

What is public-private licensing?

a guide for software users

There’s also the Parity Public License, for those that want a copy-left license for the modern era of software development and don’t buy into the idea that OSI approved equals open source.