Cross-posting here as well; you can also check LinkedIn or Mastodon versions.

One year ago, I started a small experiment about funding open source software with the following question:

If you have 100 money, how would you distribute this amount to the entire open source ecosystem?

Every month, I choose three open source projects from the Open Collective platform, calculate their score using the Criticality Score tool and distribute an amount based on the results.

My goals are to trigger more in-depth discussions on using public money to finance the open source ecosystem, how an Agile Public Fund should work, and get in touch with our open source entrepreneurs.

Feel free to check my short article for the details: 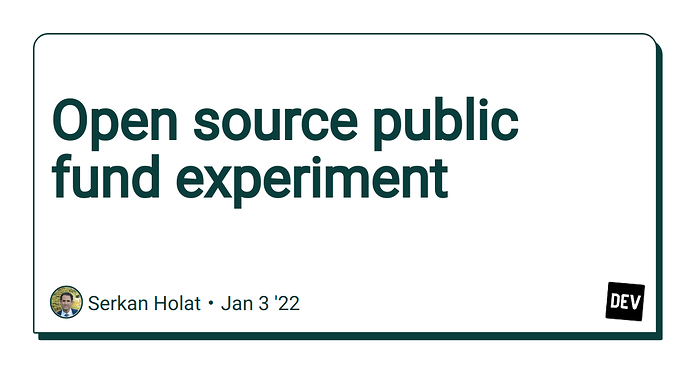 For now, here are some quick stats about the last twelve months

Including the test run, I invested $2646 in 39 open-source collectives, with one failed payment: Open source public fund experiment - Google Sheets

The project with the highest score is Zulip, a team chat application, with 0.7932: Zulip - GitHub

The project with the highest estimated annual budget is Qubes OS, a security-oriented operating system with ~$43K, way above the average: QubesOS - GitHub

After the first six months, the average estimated annual budget for all projects was $3667. After a year, that’s now down to $2425. Not even close to an average salary for a single month, let alone a year.

Fifteen projects had no prior donations on Open Collective; I was the first to donate.

The most used license is MIT, with 17 projects.

As a side “marketing” experiment, I used my new Twitter followers to determine the monthly investment amount. I gained ~45 new followers after one year. Considering I’m not super active, that’s not bad, but not a significant boost either. I will now include LinkedIn and Mastodon as well in the following rounds.

I hope to add extra details to the project list and see whether I can improve the Criticality Score. As usual, your feedback is priceless, so don’t hesitate!